I missed the first two weeks, only to catch the end of the sorrel. It’s been a too-warm winter, too-cool spring.

Sorrel is so terribly delicate. Next year, blanch and puree. 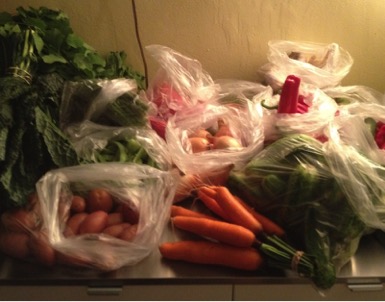 The results of veggie FOMO

It’s been busy since the last post, but that doesn’t mean I’ve stopped supporting J&A Farm with a CSA share. In fact, as crazy change happens, Jeff, Adina, their family, and the food they grow are one of the grounding forces throughout the year.

The blog goals for CSA Year 2016 are to document what I buy every week and what I cook with it. This will mainly take the form of lists with the occasional random longer post. Better to be brief and consistent than sporadically long-winded.

The point of my resolution is to appreciate the gifts of each week in the season and then to let them go. I can’t preserve everything all the time. The climate hasn’t changed so much – yet – that there won’t be ground cherries or arugula or sunchokes next year. And if the climate does change, then I guess Jeff can work some okra into the rotation. Until then, I’ll appreciate the fruits of his labor and what the season brings. 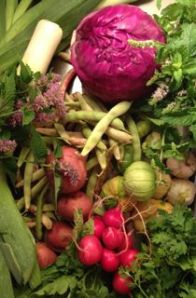 Time to dip a toe into fall veggies AND make some salsa. 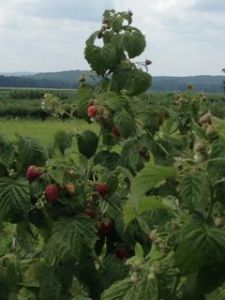 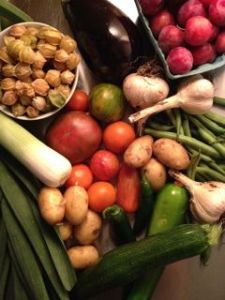 The refrigerator is still reeling from the bounty of Week 12, but I can’t stop myself! This wonderful-ness won’t last forever. 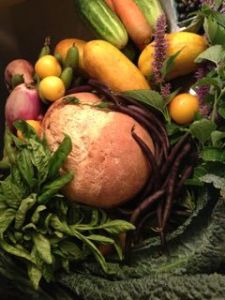 This is the time of summer where every meal is easy. 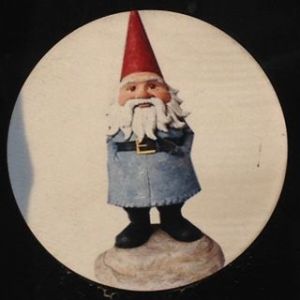 Ginger and the Skipper had a vacation. The vegetables did not. 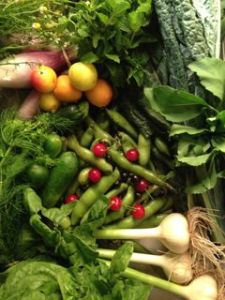 1 minute: The amount of time it takes to buy $15 worth of fava beans.

1 hour: The amount of time it takes to shell and hull $15 worth of fava beans. 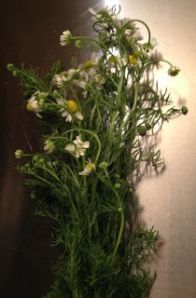 Who can think of hot dogs when the chamomile smells like a high mountain meadow at noon. 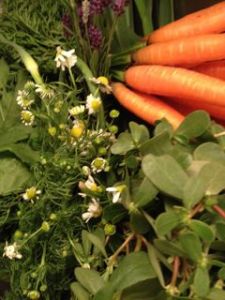